The government is introducing statutory parental bereavement leave and pay from 6 April 2020.

Who is entitled to parental bereavement leave?

Employed parents and adults with parental responsibility who have suffered the loss of a child under the age of 18.

Adults with ‘parental responsibility’ include adopters, foster parents and guardians. It’s also expected to apply to those classed as ‘kinship carers’, who may be close relatives or family friends that have assumed responsibility for looking after a child in the absence of parents.

The new entitlement will also apply to parents who suffer a stillbirth after 24 weeks of pregnancy. In this instance, female employees will still be entitled to up to 52 weeks of maternity leave and/or pay, as will a mother who loses a child after it is born.

All employees have a ‘day one’ right to unpaid bereavement leave.

What are employees entitled to?

Parents and primary carers who have been employed for a continuous period of at least 26 weeks prior to when the child dies, and have received pay above the lower earnings limit for the previous eight weeks, are entitled to at least two weeks’ statutory paid leave, or 90% of average weekly earnings, whichever is lower.

Workers who have not been employed for a continuous period of at least 26 weeks are entitled to two weeks’ unpaid leave.

The two weeks’ leave can be taken either in one block of two weeks, or as two separate blocks of one week each. It must be taken within 56 weeks of the date of the child’s death.

Notice requirements for taking the leave will be flexible, so it can be taken at short notice.

The pay rate for bereavement leave is still to be confirmed, but is expected to be similar to the statutory rate for maternity/paternity leave.

If an employee loses more than one child, they will be entitled to take a separate period of leave for each child.

What else should you be aware of?

Small employers will be able to recover all statutory parental bereavement pay.

Employers should be aware that different religions have their own bereavement traditions and funeral rites that must be followed. Refusing to allow an employee to observe their beliefs and customs could amount to religious discrimination.

You need to be flexible, supportive and sensitive to your employee’s needs during this difficult time. You may also want to consider offering additional paid leave and other provisions for compassionate leave that you already provide.

Employees who suffer a loss may experience mental health issues which could constitute a disability under the Equality Act 2010. In these cases, you should seek medical/occupational health advice and make reasonable adjustments.

Populo provides a range of HR services including a health check of employment contracts and policies/procedures and advice on individual cases.

Populo HR are a founding member of this collective who provide specialist expertise for small charities. Find out more... 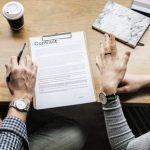 Changes to the statement of employment particularsEmployment, HR legislation 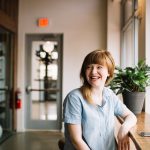