The Equality and Human Rights Commission (EHRC) has issued guidance on sexual harassment and other forms of harassment at work to help employers understand the impact of harassment in the workplace, the law in this area and best practice for effective prevention and response.

As an employer, you are responsible for ensuring that workers do not face harassment in the workplace. You should take reasonable steps to protect your workers and you will be liable for harassment committed by your workers if you fail to do so.

The EHRC has issued this guidance using its powers to provide information and advice under section 13 of the Equality Act 2006.  An employment tribunal is not obliged to take this guidance into account in cases where it thinks it is relevant, however it may still be used as evidence in legal proceedings.

A key point to understand is that conduct can amount to harassment or sexual harassment even if that is not how it was intended.

Harassment at work in all its different forms has a significant negative effect on both workers and employers. It damages the mental and physical health of individuals, which affects both their personal and working life, and has a negative impact on workplace culture and productivity. In addition, ineffective responses to harassment complaints compound the impact of the harassment on the individual.

While sexual harassment can be perpetrated or experienced by both men and women, research shows that women are most often the targets and men the perpetrators. Harassment in the workplace largely reflects power imbalances based on gender.

Evidence from a number of studies show that LGBT people suffer much higher levels of bullying and harassment (more broadly than just sexual harassment) at work than heterosexual people: twice as high for gay and bisexual men or four times as high for LGBT people as a whole.

In terms of harassment related to race, over 70 per cent of Asian and Black workers reported that they had experienced racial harassment at work in the last five years. The most common form of racial harassment encountered at work was racist remarks.

A report by the Social Mobility Commission, found that racism and discrimination related to religion and belief in the workplace is limiting aspirations and preventing young Muslims from ‘aiming high’ and fulfilling their potential.

The guidance outlines a number of examples to illustrate these key points.

You will be liable for harassment or victimisation committed by your workers unless you can show that you took all reasonable steps to prevent such behaviour.  The guidance recognises that large and small employers may carry out their duty to prevent harassment in different ways, but that no employer is exempt from this duty because of size.

There is no prescribed minimum about what you can do to prevent harassment and protect your workers. It is about what it is reasonable for you to do in the circumstances. This will depend on the size and nature of your organisation, the resources available to you and the risk factors which are associated with your organisation and its activities.

Populo provides a range of HR services including a health check of employment contracts and policies/procedures and advice on individual cases.

Populo HR are a founding member of this collective who provide specialist expertise for small charities. Find out more... 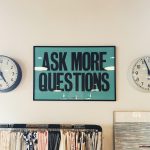 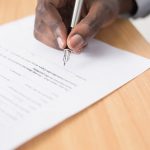